The Somatic And Autonomic Systems 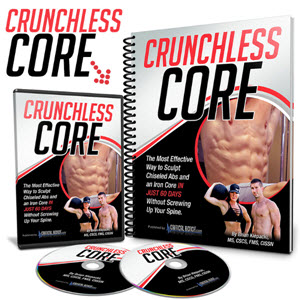 The way we breathe affects far more than our posture, and we can best explore those ramifications by looking at the two great functional divisions of the nervous system—somatic and autonomic—and at the tissues and organs they each oversee. The somatic nervous system is concerned with everything from the control of skeletal muscle activity to conscious sensations such as touch, pressure, pain, vision, and audition. For the autonomic nervous system, think first of regulation of blood pressure, viscera, sweat glands, digestion, and elimination—in fact, any kind of internal function of the body that vou have little or no interest in trying to manage consciously. This system is concerned with sensoiy input to the brain from internal organs—generally more for autonomic reflexes than for inner sensations— as well as for motor control of smooth muscle in the walls of internal organs and blood vessels, cardiac muscle in the wall of the heart, and glands (figs. lO,4a-b). Both systems are involved in breathing.

Since breathing draws air into the lungs, and since the lungs are internal 0rgans, we might suppose that the muscles of respiration are controlled by

the autonomic nervous system. But they're not. The act of breathing is a somatic act of skeletal muscles. In chapter 1 we discussed the somatic nervous system, although without naming it, when we discussed the control of the skeletal muscles by the nervous system. Respiration makes use of this system, whether we want to breathe fast or slow, cough, sneeze, or simply lift an object while going "oomph." When we participate consciously in any of these activities we breathe willfully to support them, and we do so from the command post in the cerebral cortex that influences the lower motor neurons for respiration. If you are consciously and quietly using the diaphragm as you breathe, you are activating the lower motor neurons whose axons innervate the diaphragm by way of the phrenic nerves (figs. 2.6 and 2.12). If you are eight months pregnant the diaphragm can't function efficiently, and in order to breathe you will have to activate lower motor neurons whose axons innervate the intercostal muscles by way of the intercostal nerves. And if you are trying to ring the bragging bell at a state fair with a sledge hammer, you will make a mighty effort and a grunt with youj abdominal muscles, again calling on motor neurons from the thoracic cord to transmit the cerebral commands to the muscles of the abdominal wall.

Both the phrenic and intercostal nerves are necessary for the ful expression of breathing. If for any reason the intercostal nerves are no; functional, leaving only the phrenic nerves and a functioning diaphragn intact, the diaphragm will support respiration by itself (fig. 2.12, site d). Bi in that event the external intercostal muscles will no longer maintain th shape of the chest isometrically, and every time the dome of the diaphragi descends and creates a vacuum in the lungs and pleural cavity, the ches wall will be tugged inward. On the other hand, if for some reason th phrenic nerves are not functional tsee asterisks fig. 2.12), but the inter costal nerves and muscles are intact, the vacuum produced by activity 0' the external intercostal muscles will pull the dome of the flaccid diaphragn higher in the chest during the course of every inhalation.

Like all typical somatic motor neurons, those for respiration are controlled from higher centers in the brain, and lile cannot be supported by spinal cord transections above C3 (fig. 2.12, site c). A transection at C6 is

this neuron represents all influences on breathing trom above the pons and medulla figure 2.12. Central "ervous system path-Ways and peripheral nerves for the motor control of respiration. S'tes of lesions that affect breathing and/or that cause quadriplegia and paraplegia are indicated at asterisks and at a-e (Sappey).

b) a complete transection of the brain stem at the lower end of the pons leaves respiration under the crudest possible control of the medullary control center alone c) a lesion that destroys motor pathways for respiration between the medullary control center and C3 results in immediate cessation of breathing, and death e) a transection of the spinal cord at L1 spares lower motor neurons for all the muscles of respiration, which in turn permits normal breathing, but results in paraplegia (see chapter 1)

C2 spinal nerve the medulla and a neuron in its respiratory control center the left phrenic nerve innervates the left side of the diaphragm, its cell bodies are located in spinal cord segments C3-5; cutting these nerves at the *s would cause complete paralysis of the diaphragm d) a transection of the spinal cord just below C5 spares the phrenic nerve and the function of the diaphragm (permitting life to be sustained), but paralyzes all the intercostal and abdominal muscles, and results in quadriplegia (see chapter 1)

the pons and a neuron in its respiratory control center

not quite as serious. It spares input from the brain to the somatic motor neurons whose axons travel in the phrenic nerve, and in that manner spares the function of the diaphragm, as mentioned above, but it eradicates input to the somatic motor neurons that innervate the intercostal and abdominal muscles, as well as to the rest of the skeletal muscles of the body from the neck down, resulting in quadriplegia (fig. 2.12, site d; also sec chapter 1). If a complete transection occurs at Li—the first lumbar segment of the spinal cord—all input to all motor neurons for all muscles of respiration is spared and breathing is normal, although such a transection would result in paraplegia (fig. 2.12, site e; see also chapter 1).

Ask the average guy to tell you how to get rock-hard abs and he will boast about the newest and fanciest, super-duper