You should choose your sankalpa carefully. It should be something that is very important in your life. Do not choose something that is superficial such as "I will get a new car" or "I will become more successful than my neighbour." There are so many other superficial examples that could be given. Choose a sankalpa that will totally change your whole life.

If you want to remove a bad habit, be careful, as bad habits are usually symptoms of something that lies much deeper. That is, bad habits tend to be the safety valve of deeper tensions in the mind. If you suppress one habit, for example smoking, then you will find that another habit arises to take its place. This can be compared to an air-inflated mattress: if you press down one area, then another area will rise upwards. It is similar with tensions of the mind - if you suppress one habit then another will quickly replace it. It is for this reason that we do not generally recommend that you use a sankalpa to try to rid yourself of'bad habits'. It is better to choose a sankalpa that will change your whole life so that it becomes more harmonious, happy, joyful and fulfilling. When this occurs, so-called bad habits will tend to spontaneously evaporate without effort or suppression. So do not choose sankalpas such as "I will stop smoking," "I will stop drinking," "I will stop womanizing," "I will stop being angry" and so forth. Instead, choose a more profound sankalpa of the type that we have suggested later.

The sankalpa should be clear. Don't choose vague sankalpas such as "I will become free from all evil traits" or "I will try to develop positive, virtuous qualities" and so forth. These are vague and meaningless. They will not penetrate the subconscious mind and will certainly not bring changes in your life.

We also do not advise you to choose a sankalpa that suppresses any natural drives. For example, many people hear that celibacy is a desirable trait in yogic life. This is not completely true, though it does have its place at the right time. Practised at the wrong time, however, it can cause more harm than good. Many people, because of excessive indoctrina tion and wrong guidance, become obsessed with the idea of becoming celibates. This is done either consciously or unconsciously. If this drive is in conflict with your natural inclinations then it can cause psychological and physiological harm. This is only one example, there are others. Please don't choose a sankalpa that interferes with natural drives.

You must choose your own sankalpa. The following are a few suggestions of what we call positive, harmonizing sankalpas that can help to lead you towards a happier life if they are repeated regularly and with sincerity. I will become perfectly healthy. I will become positive and dynamic. I will practise yoga every day. I will succeed in my work. I will become more aware. I will find my guru.

And so forth. Choose according to your needs and inclinations. One man, who practised yoga nidra for many years had the sankalpa: "Make me useful."

Do not be in a hurry to decide upon your sankalpa, and choose it yourself. Don't change it once it has been chosen until it brings fruits, and only choose one sankalpa.

At first you may experience little or no result from your sankalpa. But be patient. Do not expect changes overnight. Time is required, depending on the nature of the sankalpa and the depth at which it is planted in the mind. It depends greatly on sincerity and your deep-felt need to reach the goal of your sankalpa. Also, as you practise yoga and progressively clean out the mind, through yoga nidra and other methods, sankalpas become increasingly powerful. In fact, there comes a stage in the life of an advanced yogi when all sankalpas bring fruition. This is symbolically called the kalpa vriksha (wish fulfilling tree) in yogic texts and arises when a person reaches the stage of understanding represented by the anahata chakra1. However, don't worry too much about this aspect of sankalpa; we have only mentioned it for your interest.

Your life can be completely changed by sankalpa. Vast numbers of people have used sankalpas, either consciously or unconsciously, and have attained their aims. We suggest that you consciously choose a sankalpa and allow it to transform your life.

Free at Last! How To Free Yourself From Bad Habits Forever. The Secret to a Happier and Healthier Life. Exclusive Offer! Never Before Revealed Information. Everywhere you look, people want to know why theyre unhappy. And they want to know what they can do about it. 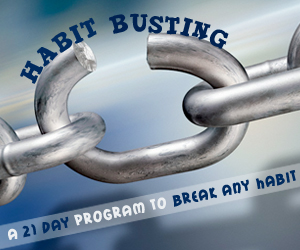