In this topic we will further develop the practice of nadi shodhana by describing the more advanced form of stage 2, the preliminary form of which was described in the previous lesson1.

The essential requirement of nadi shodhana is slow, deep and rhythmical breathing. This results in less number of breaths every minute, for as one breathes more deeply the frequency of respiration automatically decreases. In everyday life most people breathe fifteen to twenty times per minute. These are generally shallow gasps which utilize only a very small portion of the available lung capacity. As such, a lot of energy is used in breathing, with a relatively small return in terms of the energy that we induce into the body. In other words, we could easily induce the same or even more vital energy into the body, in the form of oxygen, and expend less muscular energy by breathing slowly, deeply and rhythmically. Rhythm too is important, for spasmodic, jerky respiration also tends to use up far more muscular energy than smooth and relaxed respiration. This is one of the reasons, although not the main one, for practising nadi shodhana pranayama: to train us to habitually breathe in a sensible and economical manner.

Rapid breathing is directly associated with excitability, nervousness, anger and other extreme emotions. Anyone who doubts this should watch carefully how their breathing rate increases when they feel angry. This may be a little difficult or even impossible, because most people become completely involved and identified with their emotions. It is difficult to be aware of oneself under conditions of intense emotions; in fact if we were able to observe our feelings as a witness then these intense outbursts would gradually disappear. However, try to watch how other people's moods relate to their breathing. Or as an alternative, consider the breathing rates of different animals as illustrative of the direct connection between excitability and respiration. Animals which breathe slowly such as elephants, snakes, tortoises, etc., epitomize calmness, whereas fast breathing animals such as birds, dogs, cats and rabbits appear to live a much more stressful existence.

Another related factor is that animals which breathe slowly are also renowned for their longevity. The ancient yogis clearly recognized this fact and recommended slow and deep breathing as a means to achieve not only a long life, but also a calm and relaxed one. From this stabilization it is possible to make progress in yoga.

People who suffer from nervous disorders should particularly take note of this association between breathing and nervousness, for they especially tend to breathe quickly and superficially. From this nervousness results directly or indirectly most, if not all, illnesses. Regular practice of nadi shodhana pranayama helps to calm the mind and the nerves. This applies particularly to sedentary people who have a tendency to breathe in short, sharp gasps and it is no coincidence that most nervous diseases occur among town and city dwellers.

The primary purpose of pranayama is to induce mental tranquillity as a means to meditation. Nadi shodhana is no exception. First of all it progressively reduces the rate and increases tbe depth of respiration. Secondly, by balancing the flows through the two nostrils it helps to bring the pranic body into balance. Both of these aspects induce calmness of mind. The slower one breathes and the more one is aware of the process, the greater the degree of tranquillity attained. This is the reason why in nadi shodhana stage 2 we emphasize the importance of progressively slowing down the breathing rate.

The reader should refer to the first part of nadi shodhana stage 2' where we described how to progressively slow down the respiration. Nadi shodhana stage 1 must be practised for a few minutes', followed by stage 2, with the aim of making the inhalation and exhalation longer and longer in duration but always maintaining the ratio 1:1. Before you attempt the second part of stage 2 you should perform the above process. Then without break continue the following practice.

The Complete Compendium Of Everything Related To Health And Wellness

A lot of us run through the day with so many responsibilities that we don't have even an instant to treat ourselves. Coping with deadlines at work, attending to the kids, replying to that demanding client we respond and react to the needs of other people. It's time to do a few merciful things to reward yourself and get your health in order. 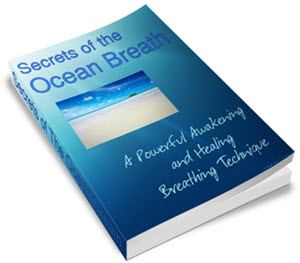