The chakras of acupuncture

Now we turn to China and Japan. The widely practised system of healing called acupuncture is actually based on the control and manipulation of the chakras. The chakras utilized, however, are not confined to the principal ones used in yogic practices, but include about seven hundred chakras located throughout the entire body. These chakra points are stimulated by needles on specific areas of the skin surface. This physical stimulation induces changes in the more subtle chakras, which in turn bring about positive changes in the state of health of specific internal organs to which they are connected by subtle pathways. These pathways are called nadis in yoga, keiraku in Japanese terminology and meridians in the context of acupuncture.

Stimulation of these chakra points can also bring about psychological changes within an individual. Incorrect stimulation can also produce the opposite effect to that given by acupuncture, that is, ill health of the body and negative psychological states.

In Russia, they have photographed these chakra points using the special high frequency Kirlian photographic technique. Flows of pi ana (bioplasmic energy) have been clearly seen to flow along specific pathways throughout the entire body structure. These are the meridians of acupuncture. It has been found that these pathways become concentrated at specific points. These points were found to correspond exactly to the acupuncture points discovered by the ancient Chinese seers thousands of years ago through intuition and highly developed sensitivity. The Russians have designed an instrument called a tobiscope which locates all the acupuncture points.

The chakras are the subtle underlying centres. The physical points at which they can be stimulated are called keiketsu (or seiketsu). Besides acupuncture, these keiketsu or pressure points are utilized by various other Chinese and Japanese systems, includingjudo where they are called kyushos. For your interest, we have drawn up the following chart which compares the main yogic chakras with the corresponding chakras of acupuncture and judo.

Incidentally, the term used for prana in acupuncture is ki. This is regarded as having its centre in the chukan (manipura), which is exactly the same as yoga. These correlations should not really surprise us, for the human body is basically the same no matter what colour, race or size. It is only the system that differs.

An easy to understand book on the principles and practices of Raja-Yoga alike. It teaches the eight steps 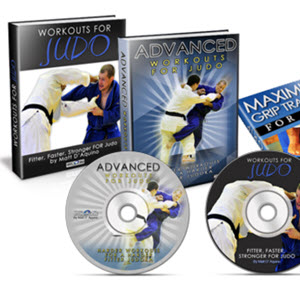